Houston, We Have A Problem...

In the midst of everything I finally managed to do some actual creative work. It only took a couple weeks, two frantic phone calls to tell me I had class samples due two weeks ago (!!!), and a fellow flyer who's kind words of "JUST DO IT!" have been resonating with me for several days. (her advice was actually to get me to write a blog post so I'm multi-tasking...Thanks Lori!)

So, yesterday, all day, I played in my resin. 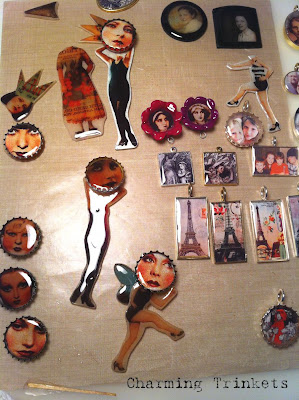 It's a myriad of things from some wholesale ideas (Parisian Eiffel's), to family photo's (class samples), and a new class I'm working on. That's the most fun (and a little stressful)! See the girlies on the left...?! I'm going to teach you how to make them! Yes, yes! All of you in San Diego county need to swing by Stamping Details in Poway later in the week. I will be dropping off all the details and samples sometime during the day on Wednesday for an October 23rd class. Since it's new and the first time I'll be teaching it I've limited students to a maximum of 8. That's gives me an opportunity to have time to work with everyone one on one. and that's what taking a class is all about...one on one interaction! 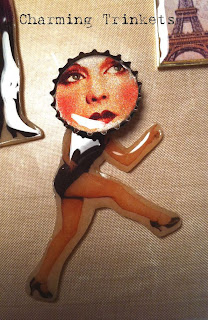 Wouldn't this be fun as a self portrait?! I think we need to bring some photos of ourselves for the class! I should also shout out a thank you to Marsha of Tumble Fish Studios for giving me permission to use her extraordinary digital images for this class! Thanks Marsha!

Okay, so the not so hot but fixable thing that happened was I got carried away with some of the resin and over poured some of my pieces. It's a teaching moment and not anything reaching critical mass. Resin is more forgivable than one might think. Here's what happened... 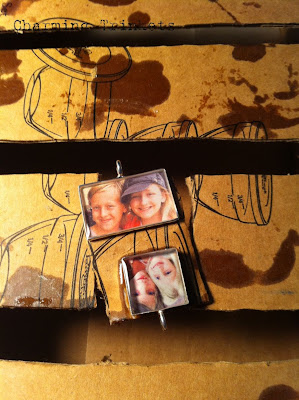 Yes, they are stuck to the cardboard. 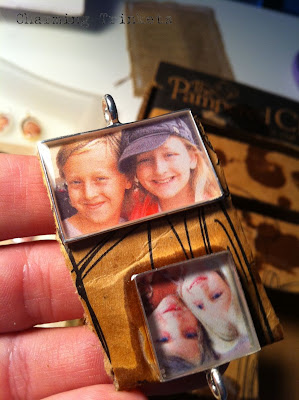 Very stuck, I had to cut the cardboard around the trays to get it loose. But alas! It can be fixed! 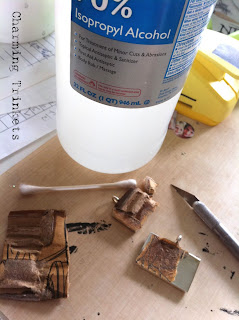 Rubbing alcohol is your friend, so are Q-tips. Remove as much of the cardboard as you can. I cut a slight slit along the side to get at the paper but be careful NOT to scratch up your lovely metal! 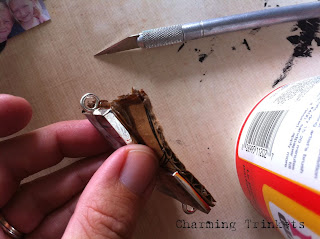 Try not to carve the metal! 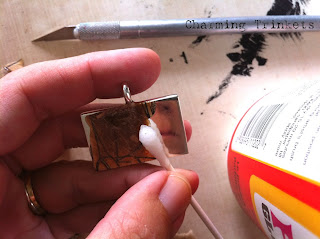 Saturate the Q-tip with the alcohol and soak the cardboard. 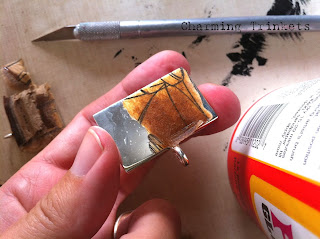 You can see I have completely soaked the paper and after that it's really a waiting game. Just give it enough time to weaken the resin. Careful not to let the alcohol drip over the the front of your piece.
See! The alcohol will let you get an edge of the paper up... 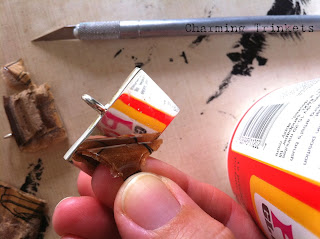 then all you have to do is peel, slowly and maybe re-apply the alcohol under neath if necessary. 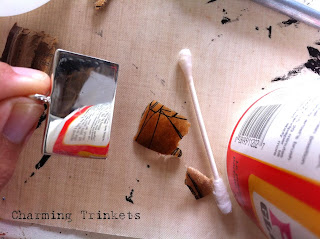 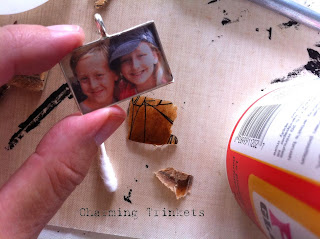 Aren't they cute! They're mine. He's ten and she's twelve (counting the days to thirteen!)

Until next time I'll be in my studio mainlining coffee...

Awwww!!! That's great, Susan! Love it! I made tile necklaces for all the varsity basketball moms last year. It was fun, but a lot of work. Epoxy is not my friend. Love the clean up trick!

Your blog is beautiful and I loved reading about your resin adventures. I just bought some Ice Resin the other day, but haven't used it yet. Thanks for the tips in case I have an overflow problem myself!

Awesome! Love that you shared the process.

Thanks for the comments! 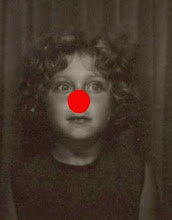 Susan
Murrieta, Southern California, United States
I am a self employed artisan working from my home studio in several medias. My main business is charm and thematic jewelry. I also design and install mixed media mosaics plus have a huge collection of vintage accessories. Daily life is full of creative endeavors, family, and (most days) fun! Come join us and hop around! 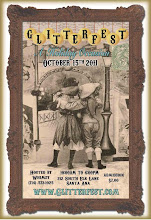